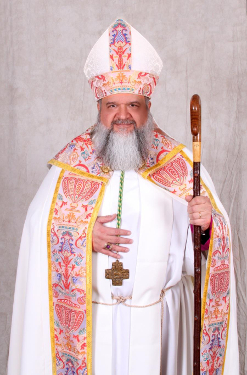 The Most Revd Thomas Gordon

Thomas Gordon, the son of a Presbyterian minister and a Christian school teacher, was born and raised in Williamsport, PA. He is married and has three grown sons. In 2008, he became the organizing minister and Rector of St. Philip the Evangelist Anglican Church in Charlotte, NC. In 2012, he was called upon to serve his alma mater, St. Andrew’s Theological College and Seminary, as its seventh President. 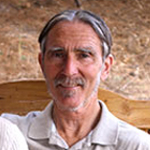 Thomas Shank was born in 1949, and raised Lutheran. He earned a B.A. in Religion & Philosophy. For graduate work he attended the Lutheran Theological Seminary in Gettysburg, PA. He was ordained an Anglican priest in 1994, and consecrated as a Bishop in 1998. In 2000 he was received into the Orthodox Anglican Church. As a Missionary Bishop to Mexico his main focus is among the Tarahumara Indians of Chihuahua. He engages in a variety of project such as evangelizing, church planting, development projects, and school building, just to name a few. 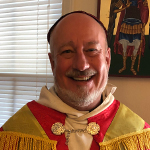 Dean of the Jurisdiction

Denny Trousdale currently serves as the Rector of St. Augustine’s Anglican Church, as well as the Vice-Chairman of the National Council of the Orthodox Anglican Church. In addition to those roles he also serves as both the interim Treasurer and the Vice-Chairman of the Board of Trustees for Saint Andrew’s Theological College and Seminary. On October 7th, 2018, during the Fall Clericus he was appointed to the role of Dean of the Jurisdiction. He is a local business owner in Bryson City with over 20 years’ experience in mortgage and finance. Denny resides on a small farm in The Nantahala National Forest with his wife Katherine, 3 horses, 4 dogs and 3 cats. He has a passion for his service to God, the Church, the community and fishing. 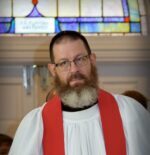 The Revd Canon Joshua A. A. Gilliam

Canon Gilliam was born and raised in the Concord/ Kannapolis area and lives in Enochville with his wife, Nelva and their five children, Paola, Addison, Emmanuel, Elijah, and Zoe.

Canon Gilliam graduated from Concord High School and studied music under Betty Williams of Concord who was his voice teacher for several years. He is a graduate of Queens University in Charlotte, NC where he completed his B.A. with a major in Spanish and a concentration in Music. What a joy to hear him sing. God’s drawing led him to experience Him in many different and varied ways, but he was always drawn to the liturgy. Father Gilliam developed a particular love of the liturgy and the sacraments which led him into the Orthodox Anglican Church.

Father GIlliam completed his Masters of Divinity through Liberty Theology Seminary in Virginia, and the Doctor of Ministry from Hood Theological Seminary in Salisbury, NC.

Father Gilliam says, “The Bible, The Creeds, and the worship of the church as found the Book of Common Prayer (1928) are the tools available to Orthodox Anglicans to help them stand firmly upon the Scriptures and understand that culture does not dictate our beliefs.” He explains that he loves the way that Orthodox Anglicans stand firmly on Christ as revealed in the Bible and that it does not need to be interpreted in light of modern social inventions.

Father Gilliam was ordained as an Anglican priest on April 25 2014 and received into the Orthodox Anglican Church in 2020. 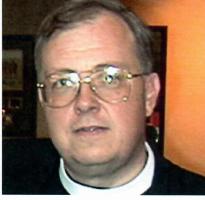 A native of the District of Columbia, Canon Nalls holds a Master’s of Theology as well as the Bachelor’s in Sacred Theology (STB), both with honors, from The Dominican House of Studies in Washington, D.C. In 2011, he was awarded the Licentiate in Sacred Theology (STL), a post-graduate theological teaching degree, with high honors, also from Dominican House. In addition, Canon Nalls holds bachelor’s degrees in history and political science from DePauw University in Greencastle, Indiana and a Juris Doctor degree from the Georgetown University Law Center, earning them in 1979 and 1982 respectively. Canon Nalls was ordained deacon in June 2001 and priest in June 2002.

Prior to arriving in Amherst in January 2019, he served traditional Anglo-Catholic parishes. Most recently, he was Rector and Cathedral Dean of St. Alban’s Pro-Cathedral in Richmond, Virginia, where he served for nine years. He also has served traditional Anglican parishes in Newport News, Virginia; Washington, D.C.; Glen Allen, Virginia, and Centreville, Virginia. As well, Canon Nalls has been a battalion, regimental and Division chaplain in the Military Department of Maryland and the Military Department of Virginia. He recently retired from state military service at the rank of Colonel.

A canon lawyer, Canon Nalls is the Executive Director of the Canon Law Institute in Washington. He is a frequent lecturer on matters pertaining to religious law and history, church property and ecclesiastic discipline. In his role as an ecclesiastical lawyer, Fr. Nalls has been chancellor or canon to several diocesan bishops and two archbishops. The author of a number of articles and papers, in 2009 Canon Nalls completed his first short book, Prayer: A Field Guide.

Before his ordination to the priesthood, Canon Nalls was Assistant General Counsel, U.S. International Trade Commission and a technical adviser to the U.S. Trade Representative in complex international trade negotiations, before returning to private law practice in 1993 where he concentrated on commercial and international matters, intellectual property litigation, and church issues. In addition to his work as an attorney, following commissioning as an Ensign in the Naval Reserve, he was an intelligence officer for 20 years with tours of duty at the Pentagon, the Office of Naval Intelligence, the Marine Corps Intelligence Activity, and the Naval Explosive Ordnance Technical Center.

He married Elizabeth F. Carroll in 1985, and together they have a daughter Laura Bayly Nalls, currently an M.A.T. candidate at Liberty University. Elizabeth recently retired from the U.S. Department of State. They make their home in Amherst, Virginia. 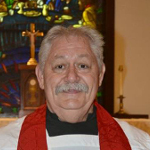 James Ward has lived the majority of his life in Western North Carolina and currently resides in Bryson City, NC. He and his wife, Patty, have two daughters and six grandchildren. His is a graduate of Western Carolina University with a B.S. in Industrial Engineering. His studies continued at St. Andrew’s Theological College and Seminary towards priesthood. He was ordained to the diaconate in November 2007, and ordained as a priest on November 17th, 2013. Then on June 22nd, 2018, he was made a Canon of Honour. Over the years, he has ministered to God’s people in many capacities. For years he served as a Deacon, Sunday School teacher as well as Parish Senior and Junior Warden, and most recently – prior to his retirement – as the Rector of St. Augustine’s Anglican Church. He believes that all of his experiences have prepared him for service to his church. 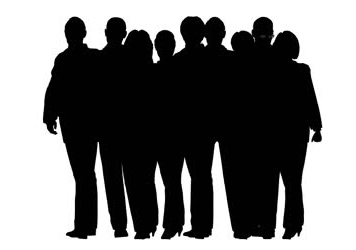 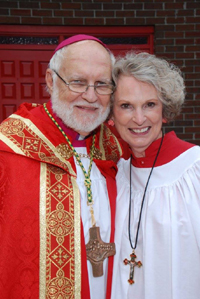 The Most Revd T. Creighton Jones

T. Creighton Jones attended Furman University and later graduated from the University of Alabama with a BS degree in Management Science. In 2001, he entered St. Andrew’s Theological College and Seminary where he earned his Master of Theology degree. He was ordained to the diaconate in 2002, and to the priesthood in 2003. During his last year at St. Andrews, he was involved in the Clinical Pastoral Education program at Moore Regional Hospital in Pinehurst, NC, where he served as the weekend chaplain. In 2003 he planted Good Shepherd Anglican Church in Myrtle Beach, SC. In 2012 he was consecrated Bishop, and enthroned as Presiding Bishop. From 2012 through 2015 he served as the fifth Presiding Bishop of the Orthodox Anglican Church, and the Metropolitan Archbishop of the Orthodox Anglican Communion. Since his retirement in 2015 he has become a Certified Beekeeper. 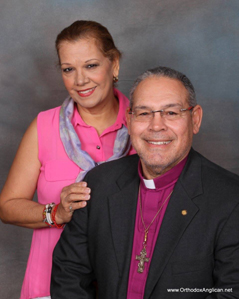 Luis Morales was ordained into Holy Orders in 1999 through the Episcopal Diocese of Puerto Rico. Having served in various settings as Rector, and Chaplain he was eventually received into the Orthodox Anglican Church in 2013. Since his reception he has served as a Missionary Bishop until his retirement. Currently he spends his time immersed in the internalization and practice of the Rule of St. Benedict. 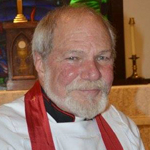 Rusty Marts holds a Bachelor’s degree in Psychology and Christian Service from Manhattan Christian College/Kansas State University, a Master’s degree in Psychology/Personnel Services from Eastern New Mexico University and a Doctorate in Counseling from Bethany Theological Seminary.  Hes is married, with two grown children and works in the field of management/employee consultation.  Additionally he has a fourteen year history as Choirmaster and has composed and conducted numerous sacred choral anthems.  Having served St. Augustine’s Anglican Church in Bryson City, NC, as Rector, he is now retired from parish ministry. 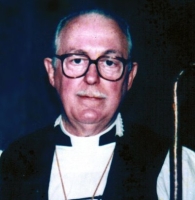 The Most Revd George C. Schneller

George C. Schneller was born on February 22nd, 1921, in St. Louis, Missouri. He was ordained to the priesthood on December 8, 1973 and served as the Rector of Holy Cross Anglican Church in St. Louis, Missouri for over two decades. He was consecrated to the episcopate on October 27th, 1991, by Hesbon O. Njera, Presiding Bishop of Kenya, and Laione Q. Vuki, a Bishop in Polynesia, both were Bishops of the Orthodox Anglican Communion. Schneller served his alma mater (1973) as the second President of St. Andrew’s Theological College and Seminary during the same period. Following the death of his wife and having health difficulties of his own, on January 9th, 1993, he resigned his position as the second Presiding Bishop. His Excellency passed away on June 8th, 2000. 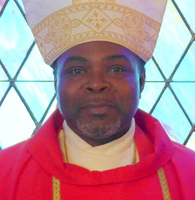 Andre Cross was a native of Memphis, TN, born on March 7th, 1966. He was ordained to the priesthood on April 18th, 2010, and helped establish and strengthen various missions and parishes. Then on September 24th, 2011, he was consecrated a Bishop. In early 2017, Bishop Cross, being of a traditionalist Anglican inclination, petitioned to join the Orthodox Anglican Church and was received into the Jurisdiction by Archbishop Thomas Gordon on June 10th, 2017, and appointed as a Suffragan Bishop. On October 11th, 2017, he was called home.